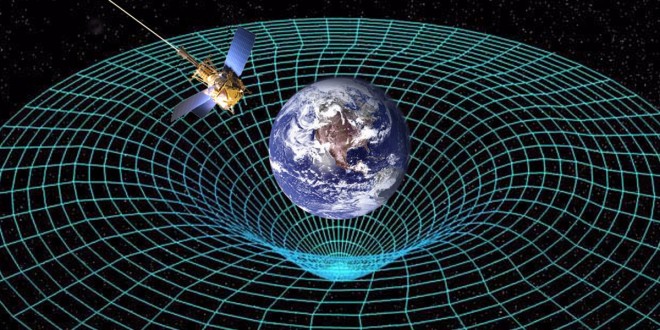 On February 11, 2016, Gravitational waves have been detected for the first time, which represents an intriguing breakthrough in physics

On February 11, 2016, American scientists have observed for the first time waves arising from the phenomenon that gravity is due to the curvature of space and time. The theory of space-time curvature was proposed in general relativity by Albert Einstein in 1915. In general relativity, a gravitational wave is a disturbance of space-time that propagates at the speed of light. Therefore gravitation curves slightly space-time, which influences locally the path of light.

On the sidelines of the conference “What we owe to Einstein” organized on April 11, 2016 in Rabat and featuring Mr. Serge Harouche(1), Nobel Prize in Physics in 2012, LTE Magazine (Mr. Khaouja) seized the opportunity to ask him a few questions related to the discovery of these gravitational waves.

Questions asked by LTE Magazine to the Nobel Prize of 2012, Mr. Serge Harouche, regarding gravitational waves.

Gravity being a result of the curvature of space-time has been postulated 100 years ago by Albert Einstein in general relativity, and it has already been scientifically proven through the observation of the solar eclipse in 1919, as you recalled in your conference. Today engineers take into account the space-time curvature to make the necessary corrections in time and space on equipment used for Global Position System (GPS), positioning technology based essentially on communication with satellites. This means that the space-time curvature theory is somehow already checked. So the question we might ask, what does the discovery of gravitational waves brings to human knowledge and particularly to physics. Knowing that some have had a great confusion in understanding these waves and others thought that we discovered the messengers of the gravitational force, “gravitons”(2)!.

The response of the Nobel Prize in Physics Mr. Serge Harouche

As a matter of fact, we had already proof of the existence of the space-time distortion due to gravity through the solar eclipse of 1919. Moreover, and as I said in my presentation, a time correction is necessary due to space-time distortion, correction used in several areas including telecommunication and specifically in the Global Position System (GPS). Nonetheless, the interest of this discovery goes beyond the additional evidence of the existence of space-time curvature principle. Indeed, with this experience, we have since February 11, 2016 a new tool, which relies on these gravitational waves, to study and analyze the phenomenon of black holes from another perspective. In fact this discovery is likely to create a new scientific field and a new way to understand what happens in the universe.

For the record I want to add that we built in 2002 a system consisting of two giant interferometers, one in the state of Louisiana and the other in the state of Washington, for the detection of these gravitational waves. Relying on a very complex technology that combines lasers, mirrors, and large and powerful computers, this interferometer system allowed the comparison of the arrival times of gravitational waves between the two detectors located respectively in Louisiana and Washington (7 milliseconds apart) and the analysis of the physical characteristics of the received signals. Additionally, the wave that rattled the world on February 11, 2016 and that was captured by this American detection system,  was the result of the merger 1.3 billion light years(3) ago of two black holes with respective masses of 29 and 36 times the mass of the sun.

(3)      A light year is the distance a photon travels through for one year (365 days). This distance corresponds to 9.5 trillion kilometers.