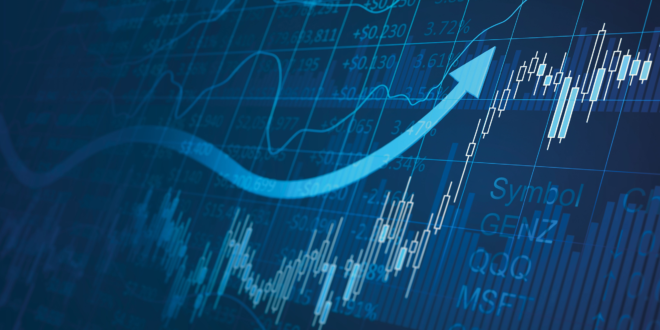 Are market fluctuations cyclical or structural?

It should be remembered that the last financial crisis the world experienced dates back to 2008. It has seriously affected the economies of all countries and billions of dollars have been lost in the major financial markets. In this article, we will try to see whether the financial 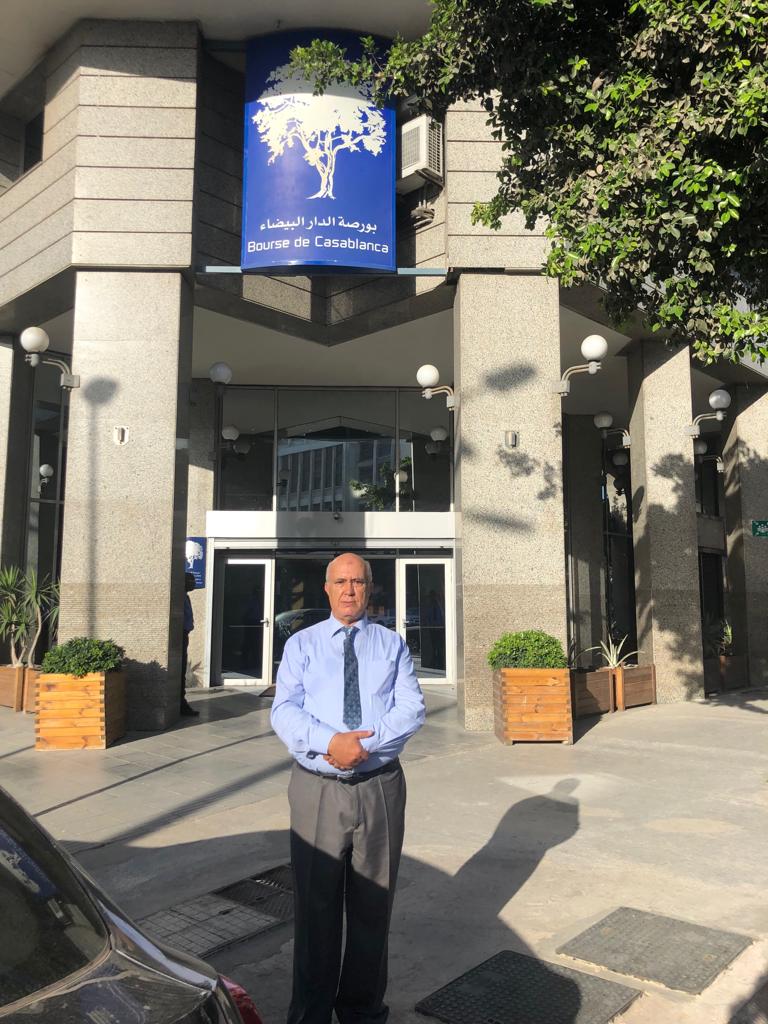 fluctuations observed recently are due to the lack of a viable economic model, or does that simply come from corrections of an unregulated finance? Or else is it actually due to both assumptions at once?

Through this article, we will support the hypothesis that the financial fluctuations are due primarily to the lack of a business model, and secondly to the abuses affecting international finance.

In this regard, let us remind ourselves one important event.  The Western economy was rescued in the 30s by the virtues of the former USSR economy, which had not been affected by the recession at that time. In order to overcome that crisis, the economist Keynes proposed to the Western governments to intervene in the economy by introducing an economic regulation. J. Keynes recommended in 1936 a boost of economic growth through lower appropriations and via the promotion of public investment to ensure full employment. His doctrine had had a great influence on the economic policies of the twentieth century, particularly in the West. However, by applying it anywhere and everywhere, the Keynesian model was responsible, among other factors, for the increase in public deficits and countries debts, which led to the declaration of the debt crisis in the late 70’s. This situation incited the implementation of actions of divestments and deregulation around the world. In addition, the trend of dematerialization of the world economy weakened mathematically the macroeconomic relationship that linked employment to investment, which in fact represented the basis of the Keynesian model.

Thus, deregulation of the global economy was initiated in the West in the early 80s, as an alternative solution, in order to ensure economic growth. This latter was further affected by the oil crisis of the 70s and the arrival of the Four Asian Tigers on the international market. 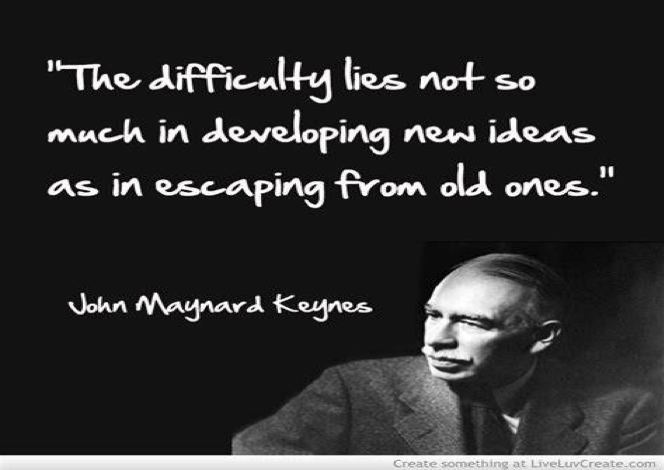 Within this general trend, governments of major industrialized countries began the deregulation of key industries of the economy such as the financial and telecom ones. This process who is characterized by multiples challenges, was extended to some developing countries as part of structural adjustment plans for the aim of re-establishment of macroeconomic equilibrium.

The objective of this deregulation is the economic development through the participation of private capital following the failure of the Keynesian economic model that relied more on the participation of public capital in infrastructure investment. This deregulation allowed the introduction of competition controlled by competition authorities or regulators specific to an industry, who were asked, among other things, reconciling permanently the requirement of financial profitability and the imperative of the universal service. Therefore, after stating the limits of Keynesian economic, everything seems to indicate that the “financial Keynesianism” is back in force today, but this time downstream, so that to correct the excesses that affected international finance (e.g. the PAULSUN plan launched in USA on 2008 whose purpose is to save banks from bankruptcy)

These deviations affecting international finance are largely the result of the deregulation of the financial system, whose objectives were to enhance the mobility and the liquidity of capitals as well as to remove the regulatory barriers between different stock exchanges. This deregulation of the financial system has played a catalyst role in various crises since 1987 and especially with the advent of derivatives. Indeed, forward contracts, options and swaps, were born of this deregulation. They allow speculators make profits or huge losses by betting for instance on the evolution of the stock index. According to BFM, , financial derivatives market is close to a million billions of dollars currently in 2019. It was 800,000 billion in 2016 and amounted to 600.000 billion in 2008. In 1995, this outstanding derivatives market was about 27,000 billion and in 1990 it was up to 5700 dollars. It can be seen that no one can stop this upward trend of the financial market of derivatives.

In the absence of a viable business model, financial and currency fluctuations are likely to follow. The 1987 stock market crash was triggered following the announcement by the US government of a fiscal and trade deficit which is larger than expected. Besides, the mini-crash of 1989 was due to the failure of the takeover bid on United Airlines company in the US. Also, the 1997 crisis follows the high growth rates that knew the countries of Southeast Asia. And the stock market crisis of the early 2000s was related to the collapse of technology stocks (e-market crash). Finally, the crisis of 2008 was due to “subprime” loans invented in the United States as part of the massive debt to stimulate growth. In other words, loans and credits were granted by intermediaries on the basis of the value of real estate assets and not in function of the income. For shared risk, these loans were sold globally with other securities to the extent that some analysts have estimated that in October 2008, the total amount of bad debts that were outstanding worldwide were 60,000 billion dollars. We infer immediately that, the plans to exchange, at some point, poor quality assets against government bonds in order to enable financial institutions to refinance itself by central banks for the purpose of restoring confidence within interbank markets, were not sufficient at the time.

Moreover, the adoption of IFRS by the US and other countries played a significant role in accelerating financial crises. They allowed the introduction of the principle of “fair value” which implies a valuation of assets at the market price, at a time when the assets were overvalued, letting shareholders granting substantial dividends that were not possible when the assets were accounted for using the historical cost. In a context of financial crisis, this principle of “fair value” has a magnifying effect on the crisis. Even worse, in countries like japan, banks are allowed to integrate the gains of the stock market in their own capital in order to deal with some of the bad loans.

How to deal with these stock market crashes that tend to repeat themselves? They are in fact symptoms that will continue to emerge as the remedies are not basically intended.

Financial fluctuations observed from time to time seem to show a limit of human intelligence to model the human behaviors in the long term. In this sense, everything seems to be closely linked. For instance, we cannot remedy the financial problems without changing the economy and the culture. In this way, we cannot address the crisis in the financial system without first learning how to teach young players in finance, through a culture of quality, values ​​that enable them to resist the logic of permanently winning more. Some professionals of the stock market criticize the foundations of the culture of constantly seeking to gain more and the atmosphere of casino prevailing at global stock exchanges.

As of now, the reforms proposed are of two kinds: There are those that can be considered specifically to finance and other more fundamental changes must be implemented at the economic and political level.

Hence, few reforms of the financial sector could be suggested as follows.

– Give back to the stock market its original function, namely to provide fresh money to businesses, in this case to the real economy. Indeed, it should be remembered that the stock exchange, which is a symbol of capitalism, has been implemented to ensure the encounter between the world of production and that of finance. Over time, this mission became rather a secondary objective and the stock market has become a place of speculation. In addition, stock exchanges have stopped funding the needs of companies to start operating in reverse, by requiring efforts from these companies so that they compensate the different shareholders and speculators.

– Better frame outstanding derivatives and remove some if necessary; those riskier for international finance. In the past, the damage caused by these derivatives have led the G7 countries to recommend to follow up their evolutions at the worldwide level. It should be noted that these sophisticated financial products have weakened precautionary measures that were adopted earlier by banks.

– Entrust the regulation of the international financial system to a body closer to the World Trade Organization (WTO) and not to the International Monetary Fund (IMF), as this latter is already a major financial player with a mission to help requesting countries finding solutions to deficits in their balance of payments. Better yet, the IMF has already intervened in 1997 to save the private sector in Asia, in order to solve the problem of liquidity and not that of the economy.

– Establish a regulation that penalizes insider trading. A man of finance in the United States had said about this subject “We should plan for greater penalties for traders who commit insider trading”

– Develop regulations that contain in time, the manipulators of various information who intend to publicly traded companies a positive appearance to investors and savers a misleading confidence.

If the crisis of 1929 is due to the failure of the role of the invisible hand of Adam Smith, the current financial fluctuations are due, among others reasons, to the lack of a sound regulation of the international financial system.

Meanwhile, the global economic situation hardly arranges global exchanges. In late September 2019, the Cooperation Organization of Economic Development (OECD) scaled down international growth forecasts. It recalled that trade wars, the Brexit and the evolution of oil prices complicate the economic and financial situation of the global economy. Several financial institutions like the IMF are worried too. The China-US standoff and tension in the Middle East complicate further this situation. developing countries like Morocco are also affected by these financial fluctuations, particularly in terms of their efforts to integrate into the global economy.

(*) Ahmed KHAOUJA is a telecom engineer at the “Ecole Nationale Supérieure des Telecoms” in Paris and a graduate of the Higher Institute of Commerce and the Casa Business Administration (ISCAE Casa). 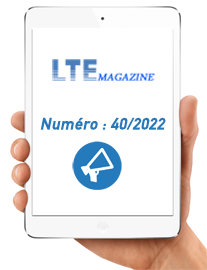